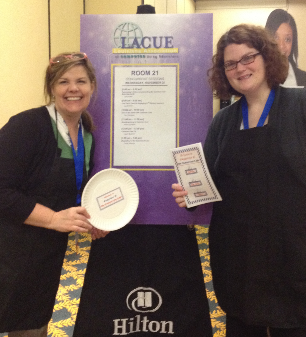 If you have been reading this blog for any length of time, you know I love to get my geek on as I explore cool tech tools for the classroom.  This week, I am (as we say here in the South) in hog heaven.  I am just pulling in from a road trip to New Orleans where I met with some of the top technology using educators in Louisiana at this year's LACUE conference.  The Classroom Cafe' Gals, Kathleen and I, presented on projects our students have completed using iPhone apps.  We shared project descriptions, rubrics, and student samples in our #AppyHour presentation.  It was so much fun!  We even made a theme song:)

While at the conference, we had a chance to reconnect with old friends, see new products in the vendor area, and hear fantastic presenters like Lisa Dick and Dr. Tammy Seneca!  Both Lisa's and Tammy's presentations were tied to curriculum changes resulting from the implementation of Common Core.   I learned so much from each of them and I am eager to revisit their presentations again to catch anything I might have missed.  Lisa maintains a Wiki filled with professional development resources, effective teaching strategies, and ideas for technology integration into various content areas and Tammy has posted numerous resources on West Baton Rouge Schools' website including information on content trailers, geocaching, Google Lit Trips, and #MyFavFriday, Bloom's Technology Taxonomy.  I choose it as #MyFavFriday out of all of the things I saw and heard at the two-day conference, because I love the concrete ideas provided in the Technology Taxonomy and think it will be especially helpful for planning future classroom activities.
Posted by Cindy at 12:00 AM 0 comments

It is the last day before Thanksgiving break.  While the kids are excited about being out for a week, they have continued to focus on finishing the semester strong and I am so proud of their effort. We hosted a Thanksgiving celebration yesterday at school and it was wonderful seeing whole families of middle and high school students coming to feast on turkey and dressing and watch a program featuring many of our talented kids.  Maybe it is the cold snap we have had or the fact that "the baby" is headed home from college, but I have been eagerly anticipating the holidays for quite some weeks.

Those who know me best, know I love classroom happies and the holidays are the perfect excuse to pull out the best ideas.  I honestly can't help myself.  I get so excited finding funny and colorful tiny gifts to give my students throughout the year.  During my first year of teaching after receiving one such gift, one of my 8th grade students respectfully asked, "Have you ever taught anyone as old as us?"  Hahaha! 13 years later and not much has changed.  I am partial to Thanksgiving treats, because this was actually the first thing my husband sent to me when we were seniors in high school.  Our school sold Turkey Grams way back when copies were made in purple ink and big hair was still in.  When I received the Turkey Gram adorned with a piece of candy and a note which read, "Happy Thanksgiving, Mike", I knew then... he loved me:D  We actually started dating one month later and the rest is history!  I share the story every year in my classroom as I help pedal Turkey Grams for our school's Student Council, but I can promise you, Turkey Grams have come a long way since I was in high school.  #MyFavFriday is a nod to the memory from years ago, a plethora of ideas for Thanksgiving classroom treats.  Enjoy! 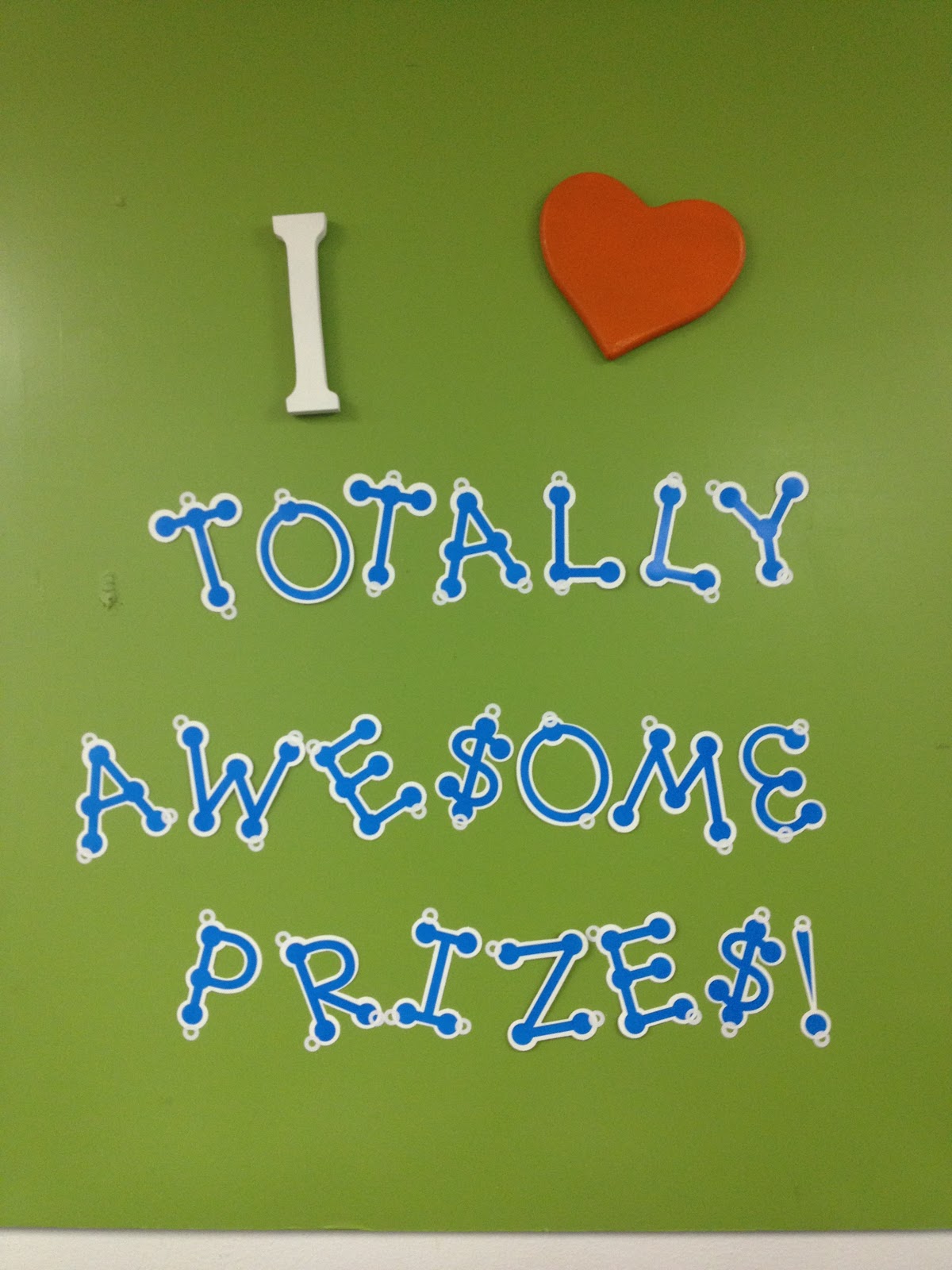 This week's #Made4Math: Totally Awesome Prizes was made up on the spot...out of the blue...off the top of my head and it was oh, so much fun:)  One of my favorite ways to review for a test other than a Study Guide is to use dry erase boards.  Now, that doesn't mean I don't like to use student clickers or cell phones, but some days I just prefer the dry erase.  Too often, I tell the students that I am awarding make believe points with make believe prizes (lame, I know.)  This week, I thought it would be fun to award real points and have real prizes for the students to "buy" after the review.  But where to get the prizes for ALL of my students without spending tons?  This is where this week's #Made4Math came in...I simply asked the kids to bring in a "White Elephant" prize, something from their home, locker, or car that was cool, but that they didn't want anymore. 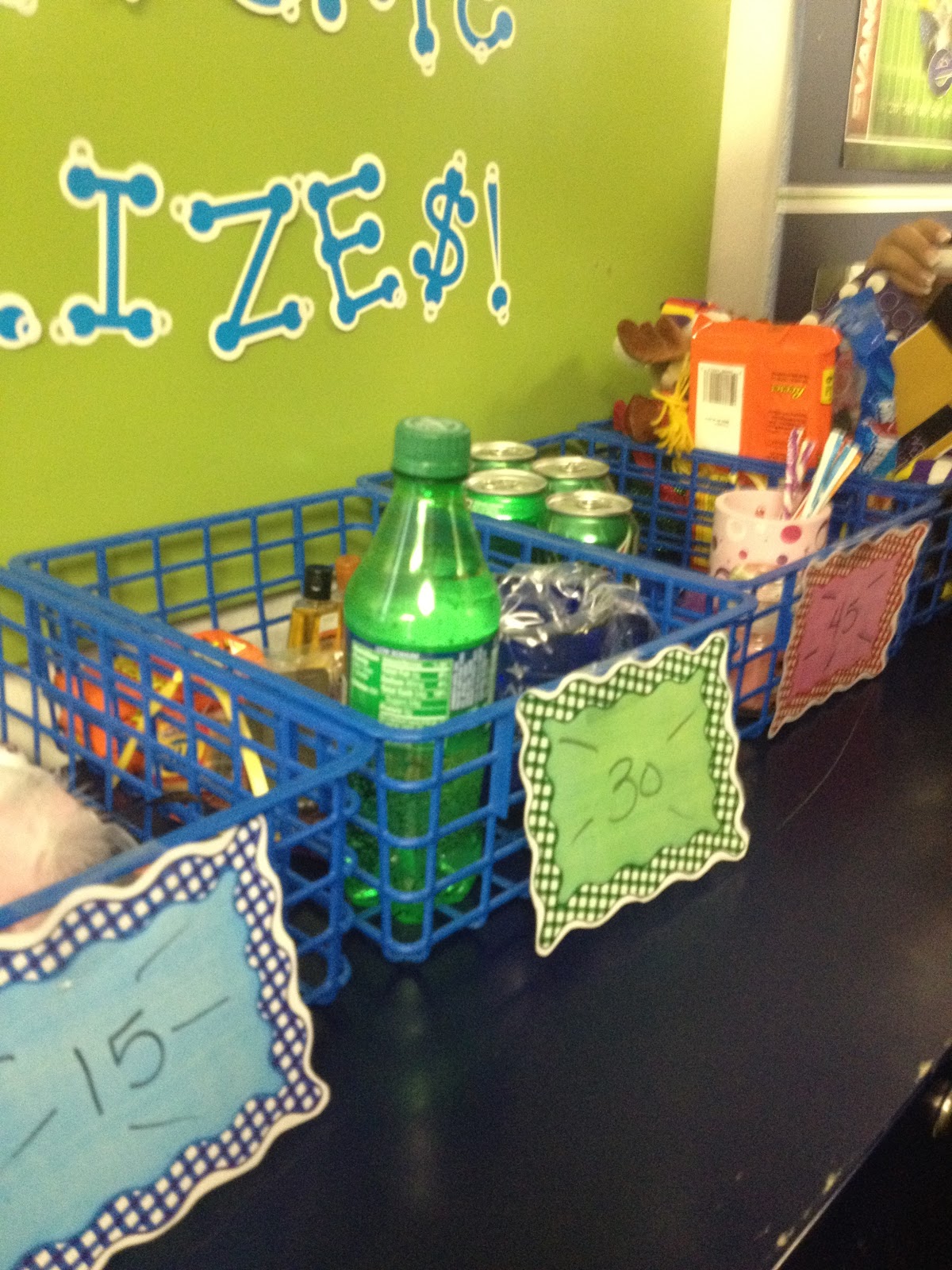 I had baskets with point values on them in which students could place their items.  Items were valued as the students wished with none of the prizes valued for more than the potential points available during the review session.  They brought in everything from a pink flamingo pen to a wooden nesting doll (which surprisingly someone wanted). I added in candy, items from local colleges, and hand sanitizer compliments from the school counselors.  We had plenty of items in each category and the students scouted out the prizes before class started. 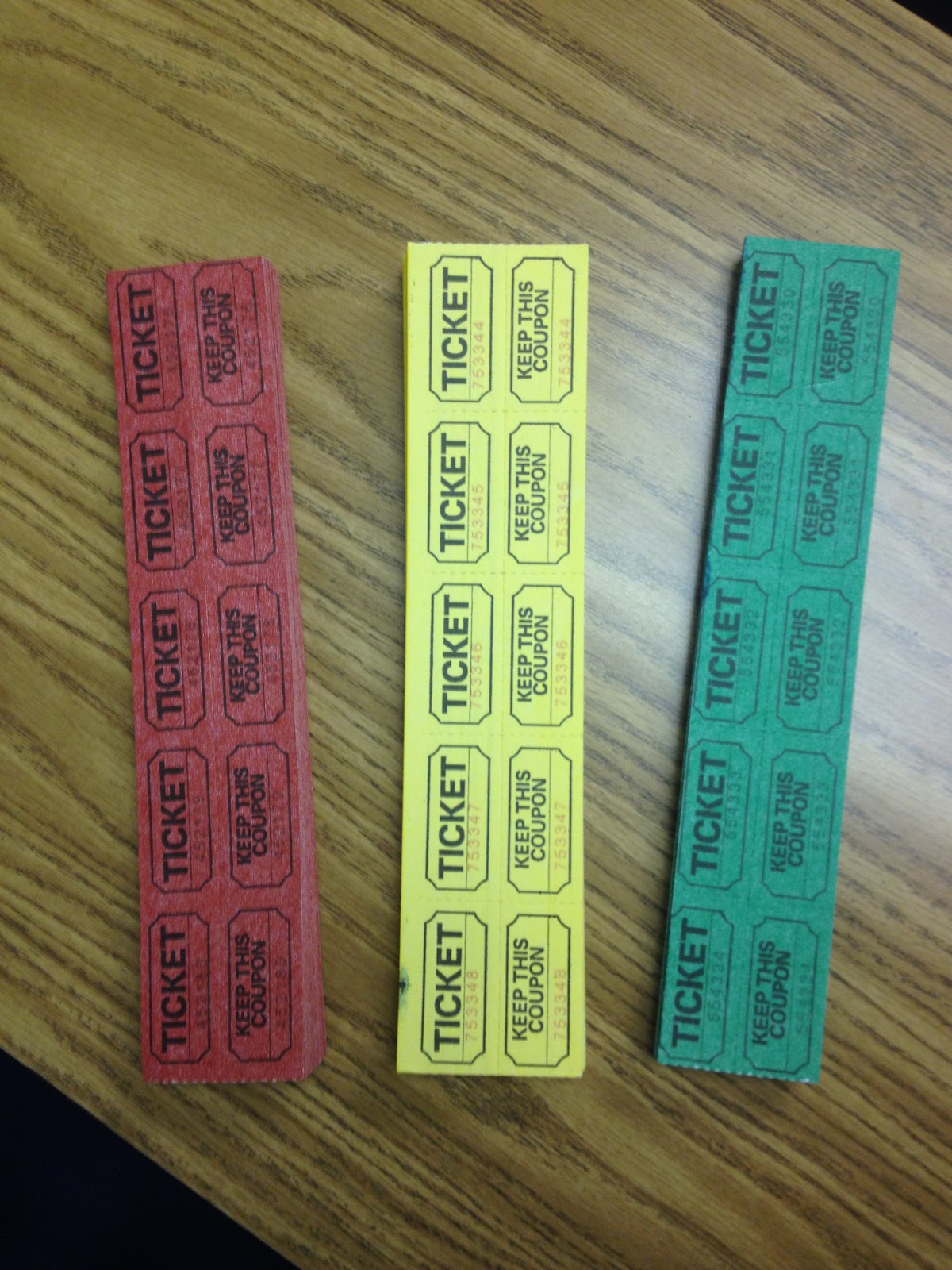 Our tests typically have 25 questions that count 4 points each with partial credit awarded for work demonstrating a partly right answer.  I used tickets from Dollar Tree to represent the number of points their response might have been awarded had it been written on the test.  Red tickets represented full credit at 4 points, green tickets counted for 3 points, and yellow tickets were 2 points each.  I had questions (and answers) prepared for Review Day which i wrote on sticky notes and hung on the whiteboard and I placed strips of each of the colored tickets on the students' desks.  As the students showed their answers on the dry erase boards, they were awarded a point value.  The students pulled off the correct ticket from one of the strips on their desk.  The students pulled tickets with great integrity probably because they are juniors and seniors and the prizes were....well, let's just say the six pack of Reese's that cost a whopping $1 was considered a top win:)
Several students stopped by the next day to tell me how much fun they had (working math problems) on the Review Day.  They weren't alone; I had fun, too.   We laughed alot on Review Day...at the prizes we brought and the prizes we picked...but with the laughter they relaxed about their second "College test" and they identified and corrected misconceptions.  The test grades were the proof...13 out of 20 made A's!!!
Posted by Cindy at 12:00 AM 0 comments

One of my favorite bloggers, Dr. Wesley Fryer, wrote some months ago about #MyFavFriday, the Makyama iPad Case.  I knew then that if he recommended it, I had to have one.  I promptly pointed it out to hubby and marked it as a definite birthday wish (it still took precious son, Mr. 21, to remind him the day of that I had asked for it...ey yi yi) .  It arrived some weeks ago and I have not been disappointed.  The sturdy plastic molded case fits snugly on my iPad and screws securely onto a tripod.  There are slots and spaces on the case for lights, lenses, and microphones, but I am certainly not there yet as a videographer.
So why order the pricey case?  I wanted a way for my students to confidently use my (personal...one and only...the one I camped out to get) iPad in class to create our math movies.  By placing the iOS device in the case and on the tripod, students no longer have to hold the iPad while trying to operate the different apps.  It provides a secure, hands free way to take the shots they need for their original works.  I relax a bit too and the thought "I hope they don't drop it...I hope they don't drop it." is silenced for a while:)  When I say, I absolutely love this case, I mean I absolutely LOOOOOOVE this case.  In my opinion, it is a must have for the classroom implementing iPad projects involving pictures or video creations.